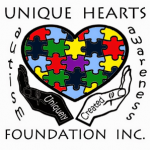 Do you want to be a champion for those coping with autism? Learn about our motivation and join the cause.

Our Goal and Mission

Unique Hearts Foundation Inc. is a 501(c)3 Non-profit Autism Awareness Foundation that was started by Angelina Squire and Allen Powell who are the parents of a son that’s living with Autism. Our mission is working to engage Community Leaders, Public Agencies and other Organizations that can help UHFI vision of providing exceptional services and life-enriching resources and Autism Spectrum Disorders Education to the Community as well as the families living with autism and various disabilities.

In my ninth month of pregnancy, I was told that I had developed Toxemia a toxic blood poisoning that affects some women during pregnancy. This can occur in the third trimester of pregnancy that can cause dangerous complications to the mother and her unborn child. During labor, my blood pressure went up extremely high as a result of the Toxemia and I was now Preeclampsia. I then begin having convulsions (Seizures) which in turn put my unborn child in fetal distress. An emergency cesarean section was performed because my son was rapidly declining.  Donald began having seizures after delivery and his heart also stopped beating. Donald also suffered from meconium aspiration. This is when the unborn baby breathes in the meconium (feces) into their lungs while still in the uterus and in some cases happening after birth which causes breathing problems in the infant.

Donald was immediately rushed to a children hospital where he remained for a month. I didn’t get to see him when he was born or afterward. I saw him by photos that were taken by hospital staff because I had to remain in the hospital due to infection and fevers. I was basically told just to watch him grow because it was too soon to tell if or how much damage was done to his brain.

Donald grew up with no complications after his fight for life after birth. He did everything a baby was supposed to do and he did them within the normal range of growth for babies. I thought surely I have a healthy baby that beat all the odds he was up against. At age two and a half, this all changed when Donald stopped talking and no longer made eye contact. Tests were completed with nothing abnormal being found. At age five he was diagnosed as having Autism/ mental retardation. I felt as if life had stopped. It was very difficult to except in the beginning. As I begin to daily look into my son’s eyes, all I can see is someone that is Love and someone that has an extra amount of love to give that supersedes our natural thinking.

Donald is my Angel a gift from God that has taught me the true meaning of Love. Unique Hearts Foundation Inc. is in place today because of my son Donald and the compassion that I have for those just like him. I used to complain about how special needs individuals are viewed by many as having no value or place on earth. I use to just complain about how they get left out of so many things in life that others take for granted. I decided to no longer complain and sit on the sideline, but I decided to join the many others that support Autism. My goal through Unique Hearts Foundation Inc.is to become a solution to the problems I do see and to aid in funding to help fight for a cure while helping to make their lives better than where they are today. 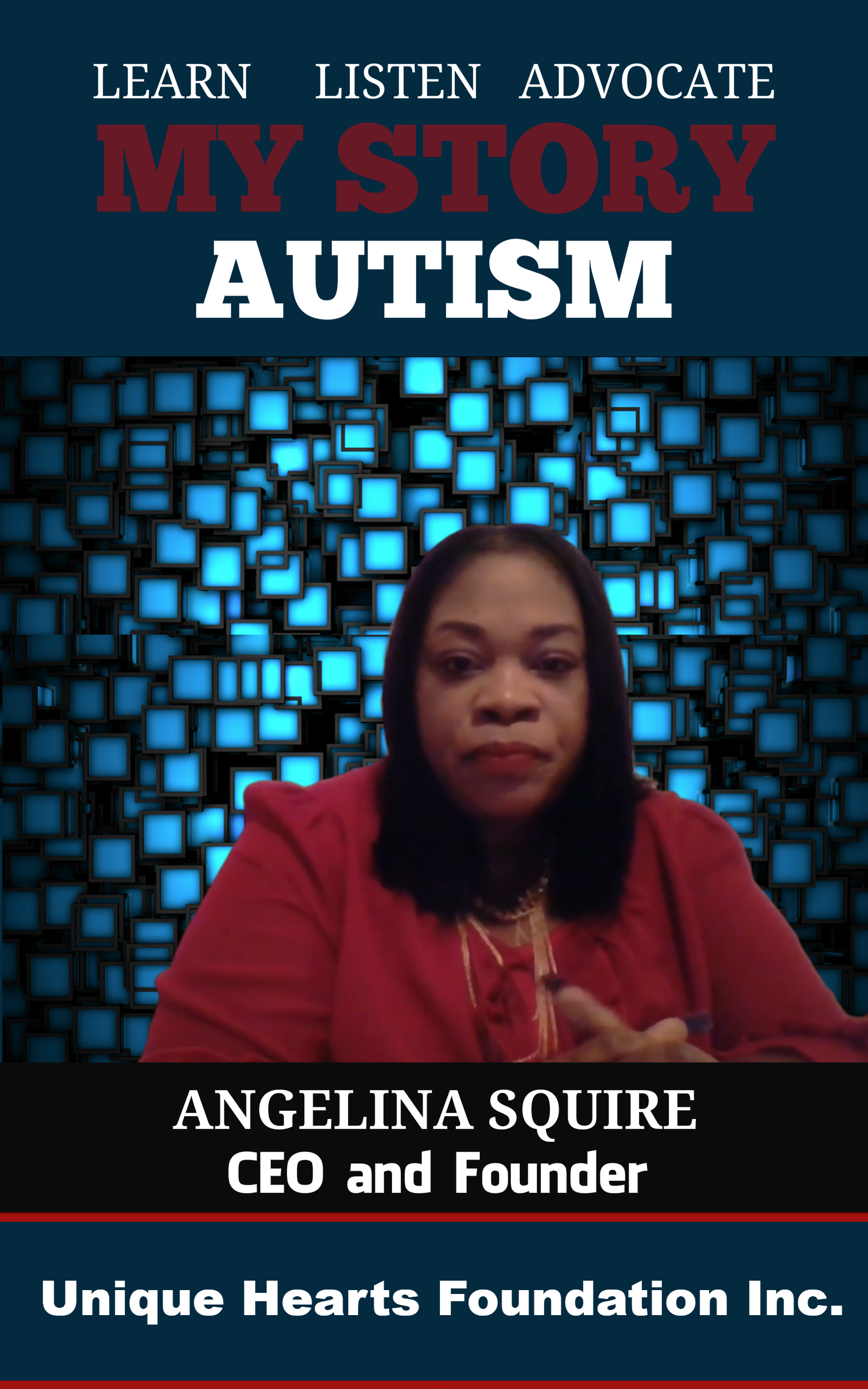 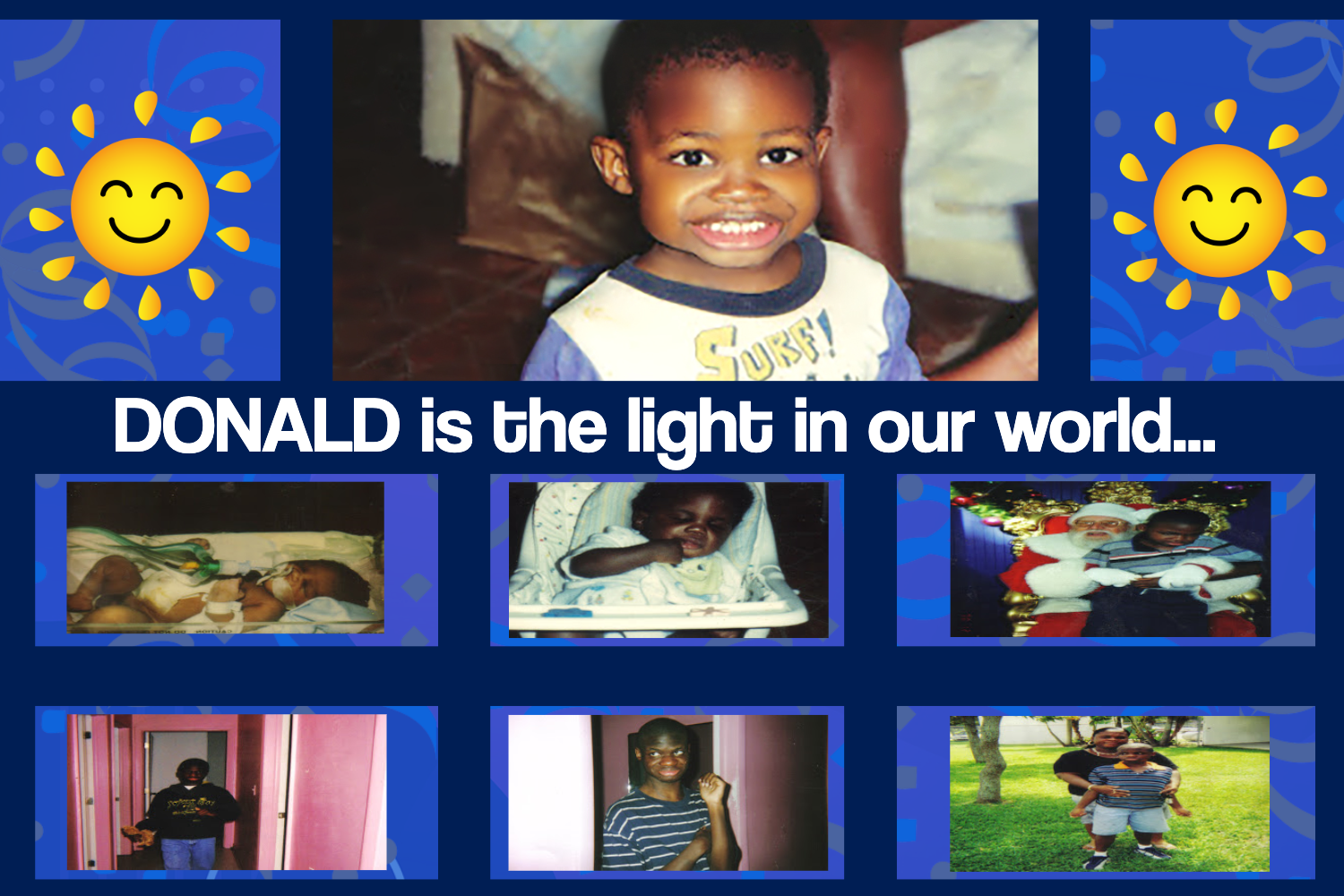 At Unique Hearts Foundation we love to provide opportunities for autistic children to enjoy various amusements, attractions, or even create special events to celebrate their lives so that they feel special. Autism individuals and their families will have an opportunity to visit these attractions to have a life outside of Autism in which many will not have this chance to do so due to their financial situation of living with Autism. Unique Hearts Foundation will assemble walks to heighten Autism Awareness within the community and abroad. We will oversee various community involvement projects that many Autistic individuals and their families can be a part of through giving back to others in the community. 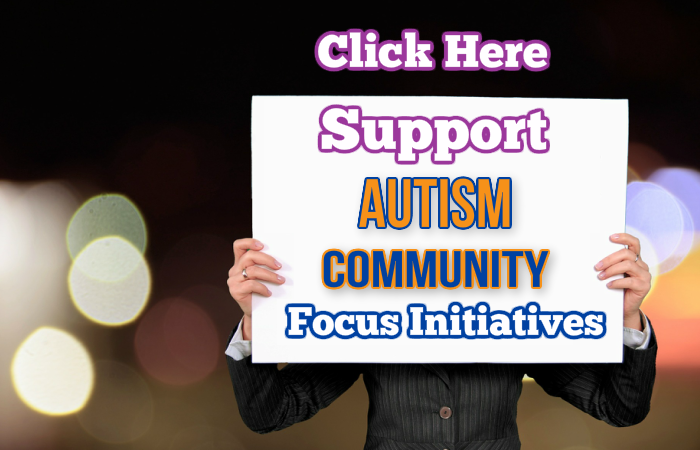 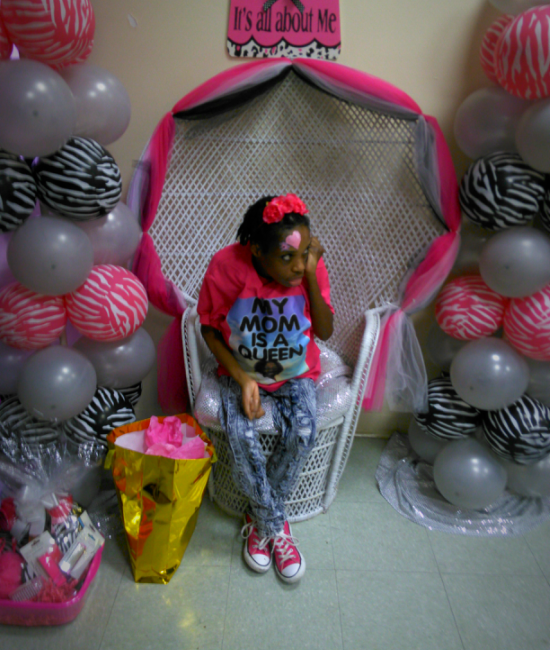 Really, all of this for me! 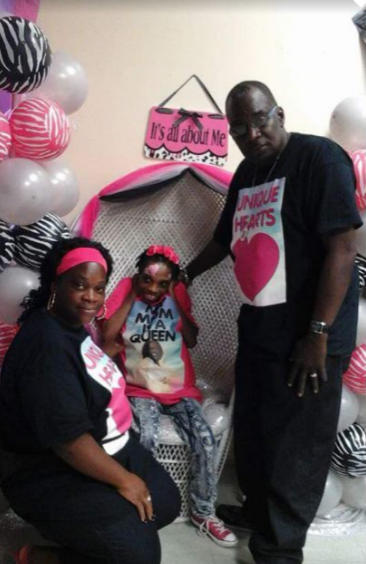 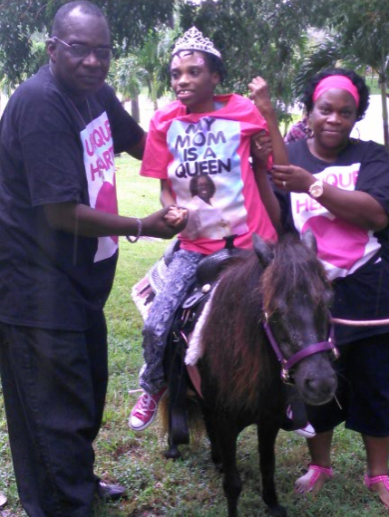 Trina’s first ride on a pony! 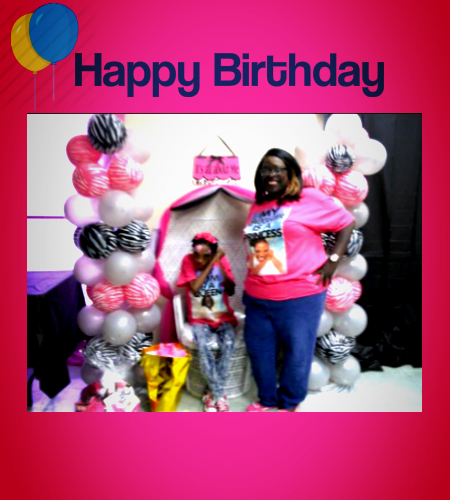 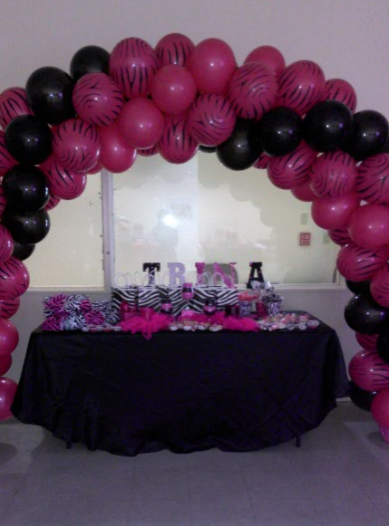 I love my birthday decorations! 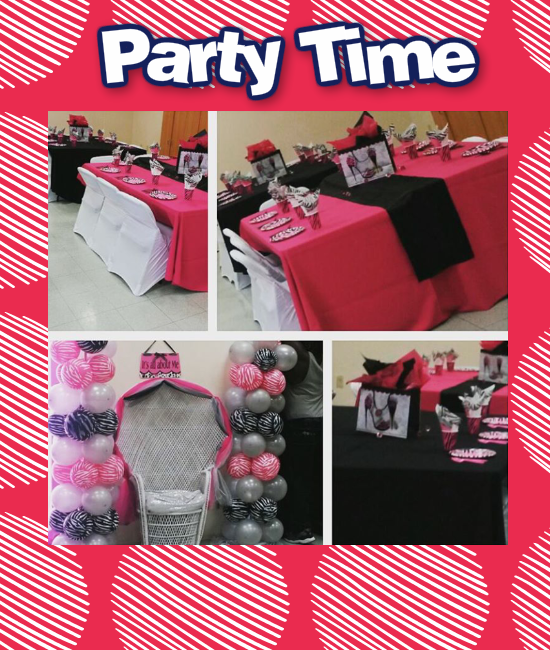 The decorations are beautiful. 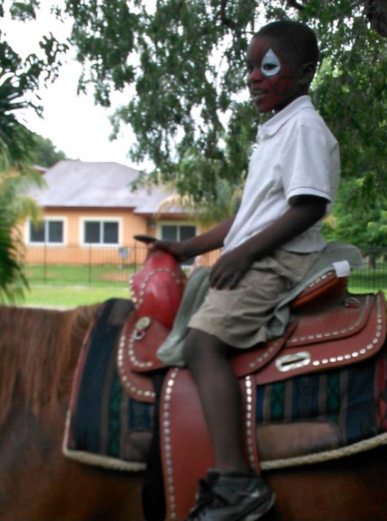 I got my face painted as a tribal warrior 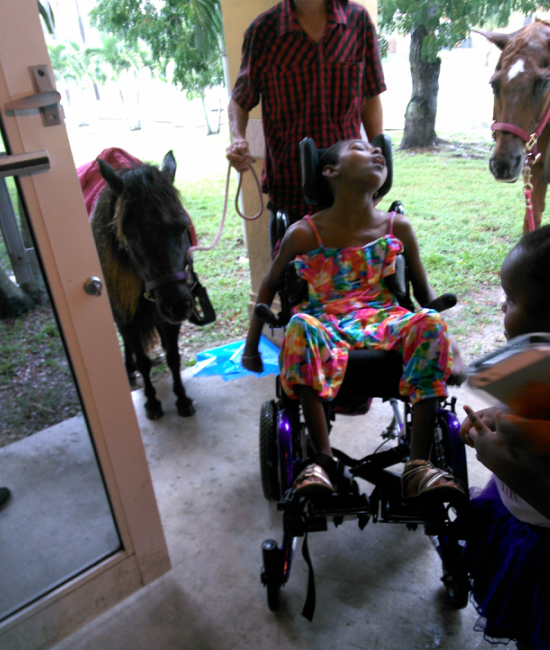 I see the horse.

But where is the little cute pony? 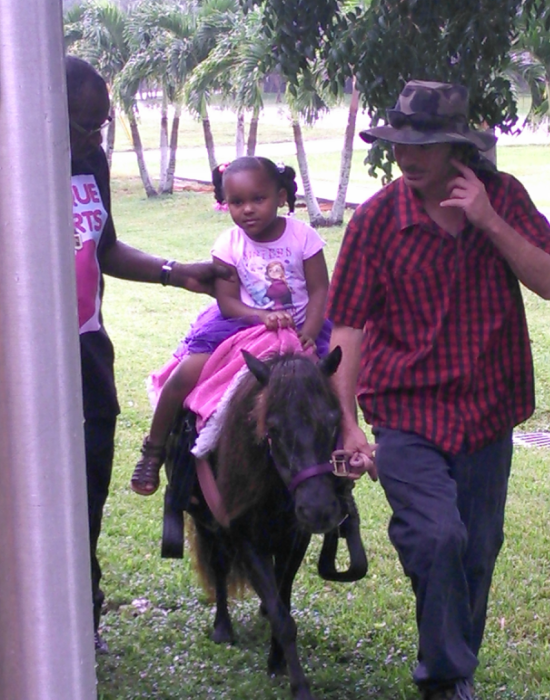 How many more horses do you have?

This is so much fun! I want to ride them all.